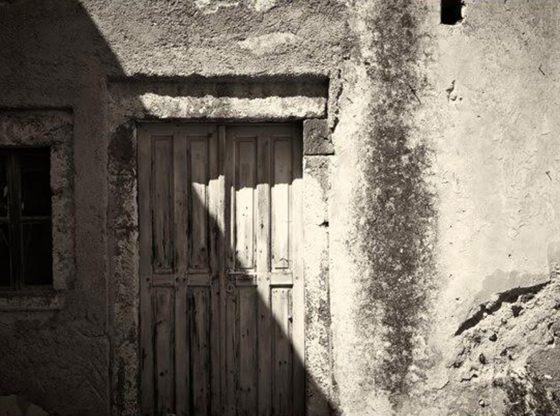 La Ponta, a globally renowned Greek Bagpipe Exhibition and Workshop on the island of Santorini, is relocating and beginning a new chapter: SYMPOSION – Music, Art, Mythology by La Ponta.

La Ponta, the Greek Bagpipe Exhibition and Workshop, is currently based in the Venetian tower of Akrotiri, Santorini. La Ponta has spent the past six years preserving, disseminating and revitalizing under-represented elements of Greek folk musical heritage, with a primary focus on the acoustic sounds and craftsmanship of the tsabouna, the Greek bagpipe. La Ponta’s revival of the tsabouna, an instrument all but forgotten, has helped to re-popularize this indigenous musical tradition by amassing and displaying a unique instrument collection, offering daily educational programs and live performances, and demonstrating how fabricating and performing the tsabouna and other Greek wind instruments is linked to the region’s flora, fauna, and sense of historical pride.

SYMPOSION will continue to showcase La Ponta’s highly successful programming, as well as offer additional workshops, one-of-a-kind performances, site-specific art installations, and innovative educational programs for adults and children, catering to both the local community and to the global traveller on the island of Santorini. SYMPOSION’s approach, true to its name, is rooted in Greek tradition and inspired by the nine muses. SYMPOSION will offer a total experience of the arts, encompassing every detail—from the Greek coffee served in its café to the herbs planted in its courtyard.

As crucial to the island’s history as its Minoan and Venetian residents once were, the wine makers of Santorini will also be celebrated through Symposion’s premises, an architecturally unique building complex in the village of Megalochori. Megalochori is a settlement that dates back to the 17th century; formerly occupied by wine merchants and the landed classes, its historic homes and traditional character have been carefully preserved by its current residents. Built by the master artisan and winemaker Zorzis Ioannis Saliveros, who co

ntributed his expertise to the design and construction of many of the island’s notable buildings, Symposion’s premises will be renovated with careful attention to its unique character, and its place within village life and the island’s history.

Symposion aims to become a global destination for cultural tourism, fostering new approaches to the appreciation and study of Greek culture, enriching the musical traditions of the present day and creating new connections between artists, musicians and storytellers from around the globe in a sustainable, community oriented space for all ages.

Help SYMPOSION come to life in 2018 by supporting their crowdfunding campaign. To find out more visit their website at www.symposionsantorini.com.

V for Vlychada
To beer or not to beer