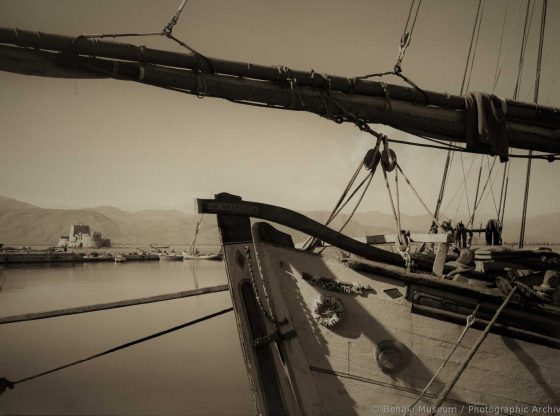 Over the centuries, the Greek sea – inextricably interwoven with the history of the place and with the life of the inhabitants – has not ceased to inspire poets and artists.

Following the invention of photography around the middle of the 19th century up until today, countless photographs of the Greek sea have added to the representations of the same subject in painting. Ports, islands, coastal areas, seascapes and scenes from the life of sailors and fishermen have been captured both with a view to their documentation and with artistic intentions. The photographs presented are divided into four chronological sections and they investigate the way in which Greek photographers and their foreign colleagues who visited or lived in the country for long periods of time, approached and interpreted the Greek seas from the mid-19th century until the late 1970s.

The four sections include:

1. The Sea in the 19th century Photography. An accidental Presence.

2. The Sea as a reflection of human activity at the beginning of the 20th century. The Magic of the snapshot.

3. The Photographic Depiction of the Sea in the interwar years. Attempts at artistic expression.

4. Towards the sea landscape after the war. The Aegean Sea as a representation and sense.

A day out of the ordinary
When in Greece